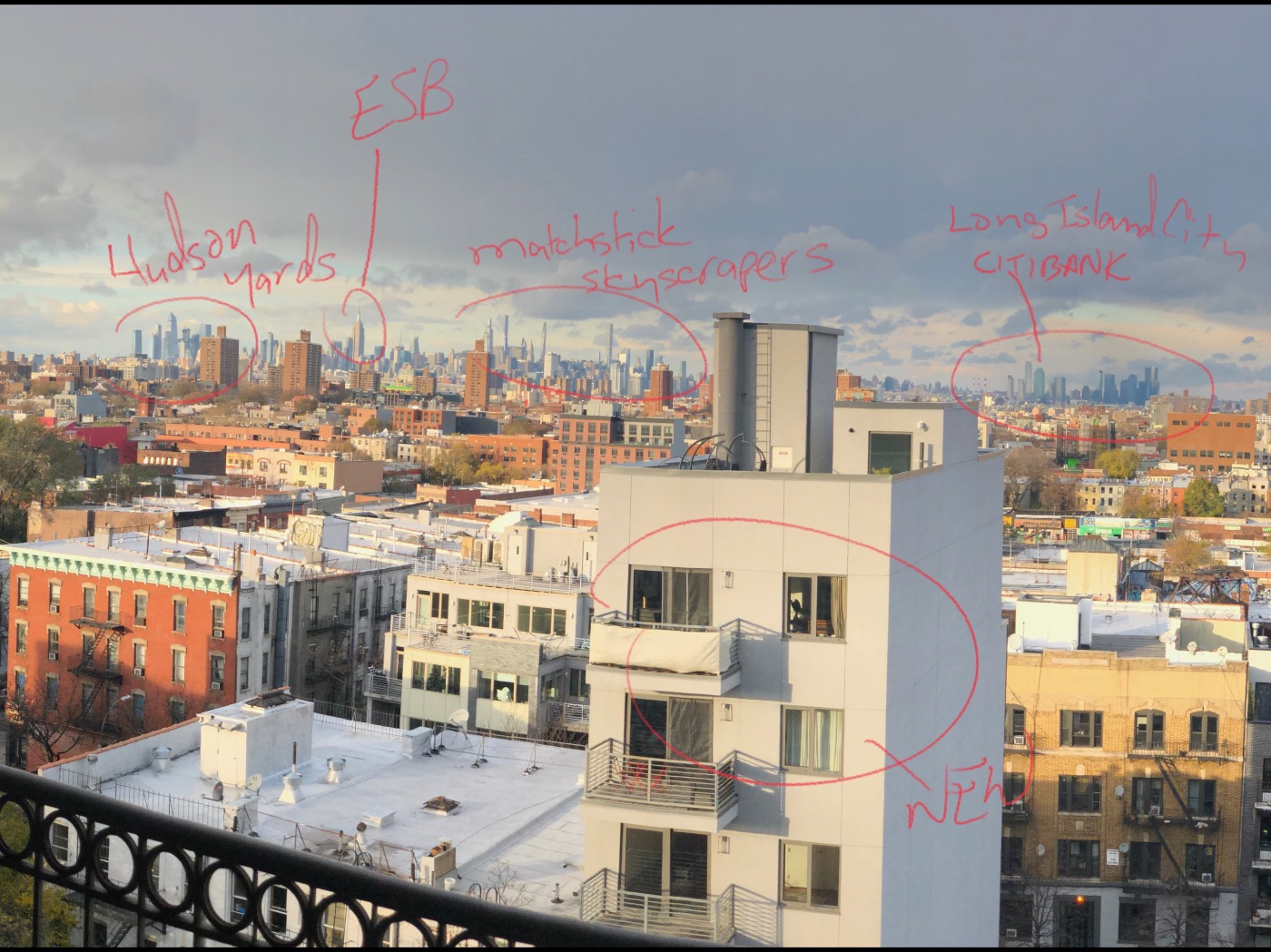 We’ve got a wicked view from our balcony. It was the reason we chose this apartment when we moved here in 2007. It would be an understatement to say the New York City has changed since then. So I figured I’d give you a look!

Movies love to portray the future, if it’s not a dystopian ruin, as an endless city of glass and steel towers. Well, look at Long Island City in the picture above, and compare it to the one below. The skyline of Manhattan has been utterly transformed as well.

Now, let’s take a look toward downtown Brooklyn. This is where it gets really nuts. Brooklyn is about to get its first 70+ story building. So even this view will be transformed a year from now.

Those gleaming cities of the future never show you who lives there. Those stories are too complex to tell in a single image.

It’s fascinating to have a ringside seat to watch the skyline change. But the reality is a bit more concerning. The future isn’t only for the ones who can afford to live in the glass and steel towers.

Also, for a bit of schadenfreude, as well as proof that the gleaming future isn’t here quite yet, please enjoy this perspective on the downside of life in the supertall apartment buildings that now bristle along the Manhattan skyline.

As someone of a certain age whose financial future is far from secure, this future is more than a spectator sport. Who gets to play, and who gets sidelined? What are the consequences for those who don’t have the means to play the game at all?

One thought on “Who Gets to Live in the City of the Future?”